Pros And Cons Of Using A Triple-Barrel Shotgun

Pros And Cons Of Using A Triple-Barrel Shotgun

The majority of shotguns have either one barrel or two barrels. If you have experience with this type of firearm, you may have your preference of style — perhaps favoring a single-barrel model for home defense and a double-barrel model for waterfowl hunting. When you browse different shotgun designs at a gun store, you'll occasionally come across a triple-barrel shotgun. While not nearly as common as single and double-barrel varieties, this might be a shotgun that you wish to own. Here are some pros and cons of using this unique firearm.

Pro: You Don't Have to Reload as Frequently

One big perk of using a triple-barrel shotgun is that you won't need to reload the firearm quite as often as with other designs. Instead of opening the shotgun to add one or two more shells after you've taken one or two shots, for example, you'll get to pull the trigger three times in a row. Whether you're shooting at the range or hunting, you'll appreciate spending less time reloading your shotgun.

Con: The Feel Is Different

Many firearm owners enjoy buying new firearms that feel familiar. For example, if you extensively use a particular make and model of gun, you might seek to buy other guns that feel similar in your hands because you won't deal with much of an adjustment period. There's little doubt that a triple-barrel shotgun offers a feel unlike anything you've experienced. The third barrel adds extra weight to the firearm, while it's also wider than what you're probably accustomed to holding. You can certainly get used to this change, but it may take some time.

Pro: It's A Conversation Starter

If you're the type of gun owner who loves talking to other gun owners about your firearms, you may lean toward buying a triple-barrel shotgun simply because of its unique nature. You'll almost certainly encounter gun owners who haven't seen such a firearm. You may relish the opportunity to talk about your experiences with this shotgun and even give your peers a chance to try it out.

When you shop for a firearm, it's always important to be cognizant of how fast it will use ammunition. For example, semi-automatic guns can be fun to shoot, but it's easy to fire off a lot of rounds in a target-shooting session — which can be costly. You should note that a triple-barrel shotgun will cause you to go through ammunition faster than a single- or double-barrel model, so you'll need to exercise some restraint. Give some thought to these points as you shop for a shotgun, and then proceed accordingly. Some companies, like Security Centers Inc, know that shopping for a new gun can take a little time. 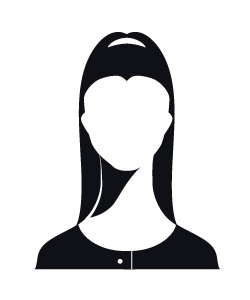 After struggling for years to make ends meet, I finally decided to open up a business. It was a little nerve-wracking at first, but after things got started, making money was easier. It was really interesting to me to see how much things have changed over the years, and now I honestly feel like business is a harder place than it used to be. I wanted to create a blog completely dedicated to helping other people to succeed in business, so I made this website. I hope you enjoy these posts as much as I have over the years--they've saved my business more than once.

Caring for Your Silicone Molds
1 February 2021